The mountainous region in England’s north-west is a famous holiday area and known for its famous fells or mountains, forests and lakes. Two of the in total seven lakes are Buttermere and Crummock Water which can be found in the northern part of the Lake District. An easy walking path starts close in Buttermere by passing a small campsite and walking along a small beck which flows into the bigest of the two lakes – Crummock Water.

After walking a short while right at the bank of Crummock Water, the path crosses the street and starts rising up the Rannerdale Knotts following the Bridlepath leading to Crummock House. Right at the beginning just before the path turns towards the mountains and becomes more rocky, loose and harder to access, there is a small view point offering a great view.

Following the rocky path and a steeping hike of finally 350m on the Rannerdale Kotts opens a great view over both of the lakes and the valley as well as the mountains on the other site. Up there you wouldn’t expect to find a lot of company, but a few sheeps found the way up as well enjoying the sun and bright green grass. 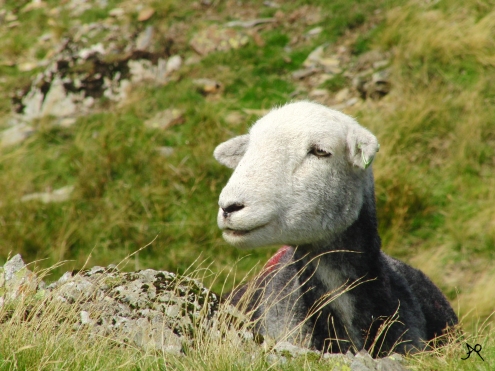 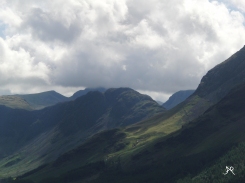 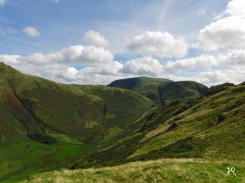 After a short break at the viewing point enjoying the stunning landscape, the journey continues down the hill right back to the Fish Inn, a small pub in Buttermere, where the walk started.

However, this is not yet the end of the walk. A small footpath continues behind the pub, leading to the smaller one of the two lakes – Buttermere. Passing a pedestrians’ tunnel the path leads closely aside the lake bank until the bank becomes the path itself. While the first walk let up to viewing points, the second path stays closely to the ground surrounding the lake. But that doesn’t mean that the view that is offered will be not as good. The lake, waterfalls and herds of cattles look as if they have been drawn on canvas. 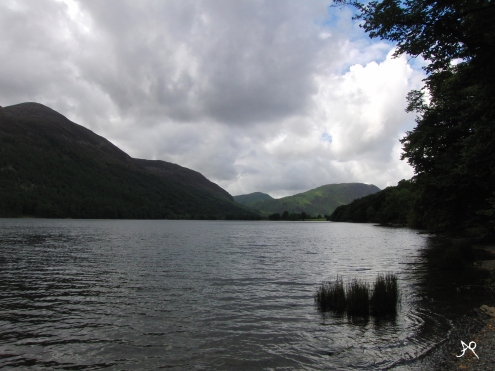 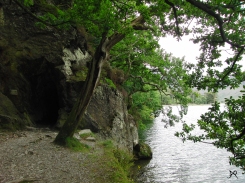 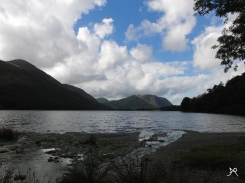 Gatesgarth Farm in the valley 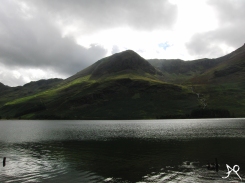 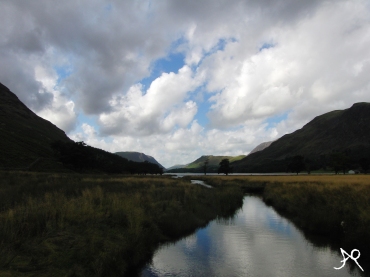 After reaching the Gatesgarth Farm which marks the halftime of the final walk, the path leads back to Fish Inn, passing a small waterfall before leaving the lake’s bank and ending where the whole jurney started.

Mountains next to Rannerdale Knotts

Both walks were absolutely gorgeous and offered stunning panoramas which made it a special time!